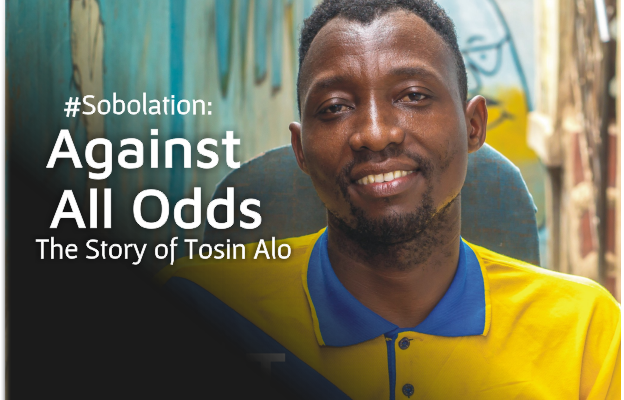 “I was born in Ibadan and when I was born, I had no deformity. As I was told by my parents, when it was time to walk, I did and for one and a half years I walked with no difficulty whatsoever.

One day, my mother was cooking in the kitchen and then I woke up and began to cry. This was not unusual and anytime she put me down and I began to cry she’d tell me to come over to her. I’d get down and make my way to wherever she was. On this particular occasion, my mother asked me to come to the kitchen as I cried but I didn’t. Instead, I was crying. According to my mother, I kept on crying and never got up from where I was. She tried to lift me up and steady me on my feet but no success – I had become paralyzed. I became so deformed that my stomach was swollen and had shifted to a side.

I was taken from one hospital to the next and eventually, it was confirmed that I had Polio. At the hospital where I was finally being attended to for the Polio, I was given an injection which formed an abscess which, in the end, it had to be cut open to let out the fluids and other content caught in the abscess. It was after this that I was taken to Oka-Akoko, Ondo State where my family originally hailed from.

At Oka Akoko, I was taken to different places with the hope that a solution would be found for my condition. From medical doctors to traditional doctors to prayer houses, I sought them all for a solution but the situation never got better. Finally, in 1992, I was brought back to Ibadan. All this while, I was not enrolled in school.

It was at the technical school that I learned shoe-making and after two years, I graduated. I returned home with a passion to polish my shoe-making skills beyond the things I had been taught at the rehabilitation centre and this passion was what led me to go learn some more from a cobbler that I knew who made good shoes. For three years, I was there every day, learning the art of shoe-making; and after three years I did my freedom.

After my freedom, I opened my own shop and began to take orders and began to make shoes for my customers, business began to grow and I began to have people coming over to be apprentices under me. However, in my spirit, I wanted more. I knew that the shoe making business will not be enough to keep me going and so I began to ask God what else I could do along with the shoe-making business. It was in the process of praying that I discovered that God has given me the voice to sing and I just had to put in the work and develop myself.

I joined the choir in my church and began to train my voice. Thereafter, I put myself out to perform at events. Then, gradually, I began to get invitation to perform at weddings, naming ceremonies and in other churches too. It was at one of my performances at an event that someone who was impressed by my performance took me into the studio. That was how I recorded my first album.

Even though I don’t have a sponsor or a marketer for the album yet, at least I have taken the bold step of composing the songs and having them recorded,” he says, passionately. I believe that this is better than not doing anything and folding my arms and depending on people to survive. It is only when I take steps and I put myself out there that people can see what I have to offer. The person who paid for my studio session did so because he saw what I did first. Then because of that, be believed I could do more.”

I could have sat in a corner and wait for financial assistance from people simply because I am paralyzed but I did not. I hate to depend on people, I don’t think it is a good way to spend one’s life. For me, I believe I can make something with other parts of my body – my hands and brain work perfectly. I believe that my deformity cannot affect the greatness destined for my life in whatever I set my hands to do. After all, my deformity affects only my legs, not my entire body.”

God has blessed me and I am grateful for this. Beyond the ability to sing, He has given me a beautiful and supportive wife. She has stood by me through thick and thin. Shortly before I got married, someone asked me if I could get a woman pregnant given my condition. I had no answer for the person but I turned to God and prayed. In my heart, I just had faith that if having children was part of God’s purpose for my life, then God will show Himself and answer the person on my behalf through my testimony. The next time the person saw me, I had 3 daughters already – Darasimi, Ireoluwa and Modupeoluwa.

I am the person that people once relegated and thought would be a beggar but look at me now. I don’t have so much but know this is not the end of my story. I believe I am still on the journey to greatness. I believe that I will surely get there. Even if no one believes in us, even though they look down on us, we must always believe in ourselves because we know what God has put in us. It is when you begin to believe in yourself that people will begin to believe in you. Above all, believe in God. It is God who gives us the strength and power to make wealth.

My name is Tosin Alo and this is my story. The world awaits my unveiling.”

Though this story was covered to share with everyone the extra-ordinary courage of the Tosin Alo, please do not hesitate to reach out to us if you are inspired to support the Alos in any way. You can reach Ayaworan HO3D on 08166057930 or 08069331473. 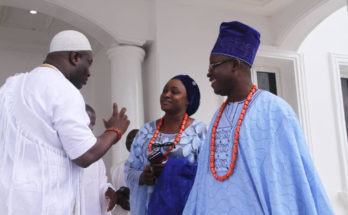 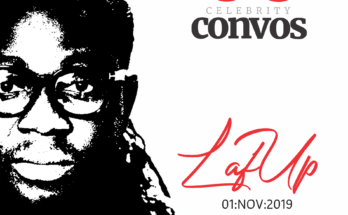 Lafup: The Genesis of Greatness 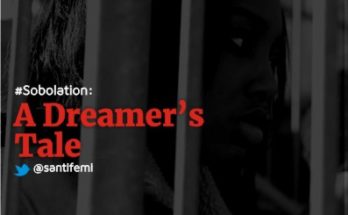