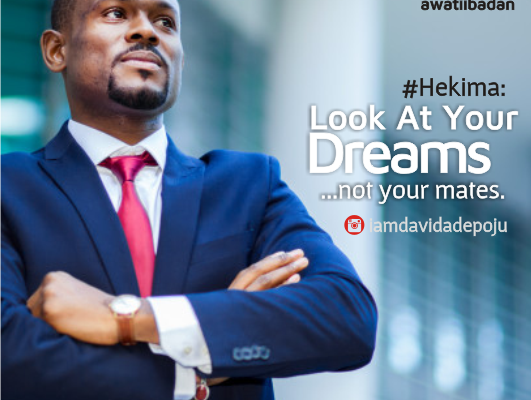 Recently, I met a young man who had followed me online from a far away country for almost two years and as God would have it, we ran into each other in a mall last week. Asides his excitement to eventually meet me in person, he was also eager to share a story with me and with his permission, I have decided to share with you all.

In 2012, he was 20 years old and fresh from the University. His uncle called him to ask him his plans has he had become a graduate. He told the uncle that he just joined a technology hub to incubate and accelerate a startup idea he has been working on since his second year in school.

His uncle gave a hysterical laughter at his response. This uncle eventually used the phrase “look at your mates”. He said to the young man: “Your mates are finding their ways to foreign countries by all means to hustle and you are here talking about one stupid idea.” He told me he was convinced that his idea would become a big product in his country if he would have proper mentorship and investment but he was not sure when the breakthrough would come.

So he decided to call one his mates in a particular country to invite him over. Remember, this is one of his mates that poses with all kinds of powerful cars. His assumption was that this guy has made it and would be able to help him. Fast forward to 2014, all the papers were prepared and he jumped on the next thing smoking to this particular country.

This young man arrived in his country of destination to meet a rude shock. The friend who had invited him, whom he had assumed would be his host and a helper lived in a single room with 5 other guys and the most precious possession in that room was a TV. Reality stared him in the face like a winter breeze. They introduced him to the factory work they were doing and he joined them as the 7th occupant of the stuffy one room.

After two months of this unbearable life, he noticed that his friend who invited him was always posing with cars on the road to take pictures and these are things he posted online for people to see. They barely made money that could sustain them till the following month let alone save.

Long story short, he lived like this for one year and by January 2015, he decided to return home with a back pack and 300dollars in his pocket. That’s all he could show for a one year sojourn in a foreign country. Funny enough, his uncle who advised him to look at his mates was dead before he returned and he had to pick his life from the scratch again.

Friends, this guy started looking at his dreams again and not his mates from 2015. In two years, he built a multi-million dollars IT company and he is a top ten IT solution provider in his East African home country.

Know when to look at your mates and when not to. Receive understanding. 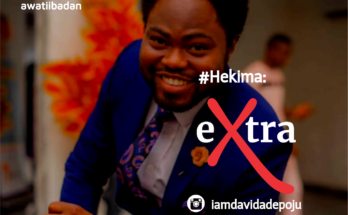