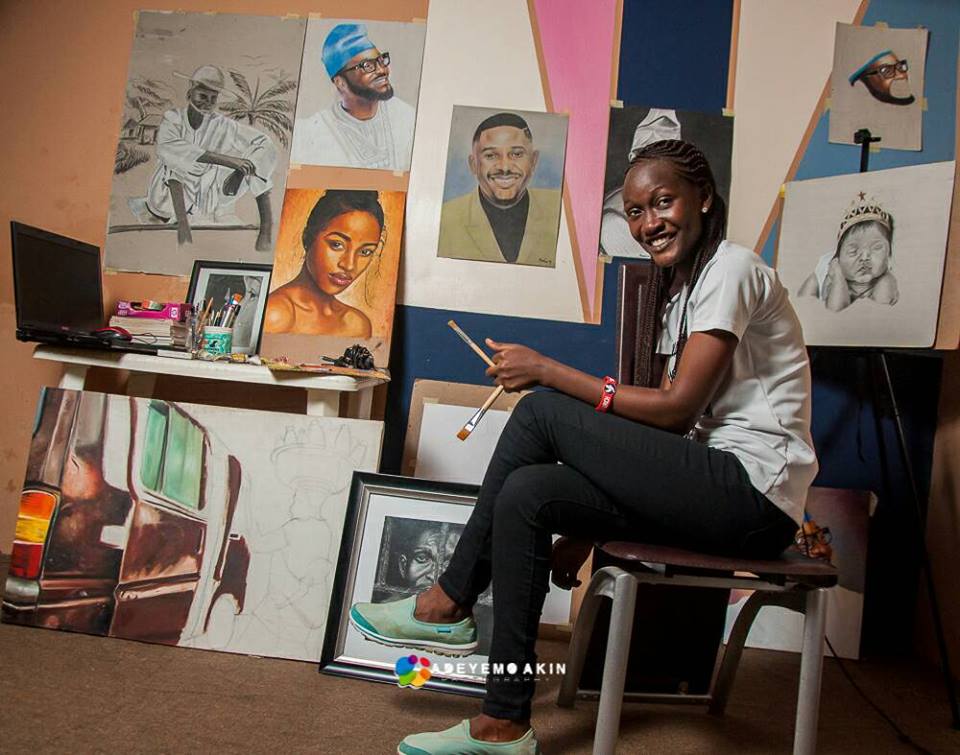 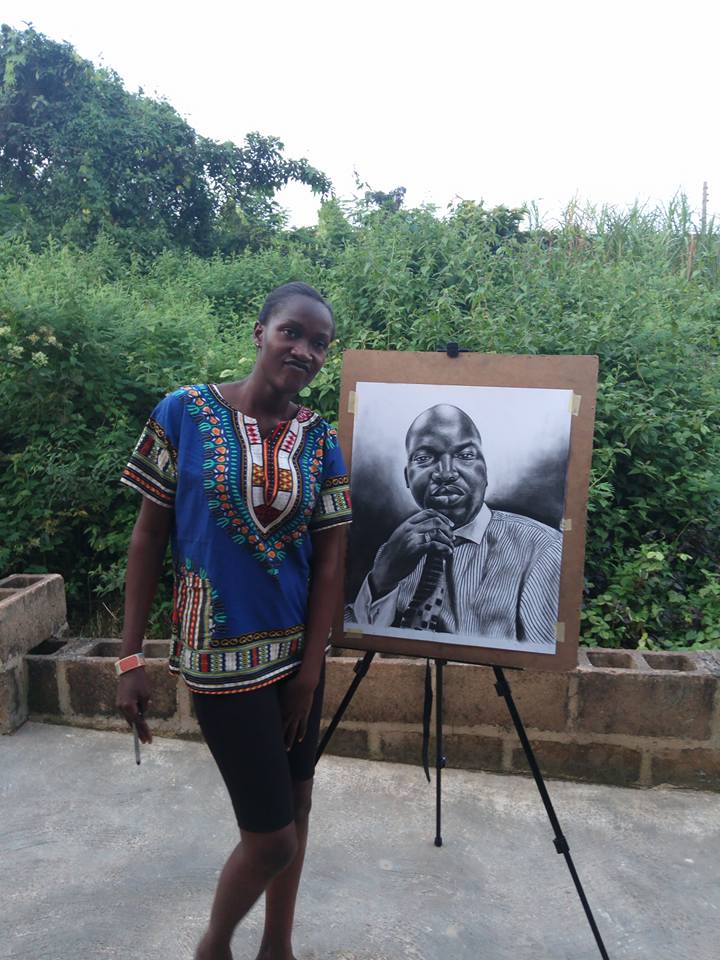 “The story of how I began to paint is quite an emotional story. I used to draw when I was young. In fact, I loved Fine Arts. Then as I grew I dreamed of becoming a banker so I never paid any attention whatsoever to drawing except for Fine Art drawings back then in secondary school. After secondary school, I stopped drawing.

In 2015 after the Second semester of my ND 1, I began to draw again. At that time, I had issues with my relationship and that weighed me down a lot. Eventually, the relationship ended and it almost got me crazy. It really affected me a musician friend, Tee-Praise had to intervene. He would keep my company and I would just let out whatever was on my mind to him. One day, Tee Praise asked me:
“What do you love to do, what’s your talent?”
The thing is, before then, I had never ever thought about that question. It never crossed my mind. That question got me thinking. I replied: ‘I think I used to draw’.
He then asked me if I would like to pick drawing again and that was it. I picked myself up,I picked my pencil and began to draw again.

I began drawing in October 2015. I drew anything my eyes fell on. In short, I went on a drawing rampage. Everything I saw, I drew. Along the line, I prayed to God about this drawing of a thing. It was about two weeks after that I met an artist based in Lagos called Olamide Olaniyi. The Facebook algorithm brought Olamide to me as a friend suggestion, I checked him out and sent him a friend request. I sent him a message that I wanted to build my arts skills and that he should just help me. He told me what materials to get and he began to show me a few tricks in the books. I never went to an arts school and I did not train under anybody. Olamide Olaniyi is the only mentor and influence I have had and I have not even met physically till date. I always say it that without Olamide, I would have given up on arts.

The first time I got paid to draw was in 2016, I think April or so. Commissioned works, I get to them immediately – inspiration or not. But when I am doing conceptual work, I wait to be inspired – conceptual work cannot be rushed. And when I do my art, I carry my audience on social media along because I don’t like my social media platforms to be boring. The see the canvas when it’s plain and then when I made thin sketches and on and on like that till the drawing or painting is fully done.

Last year, I had an interesting experience with a commissioned painting.

All along before this experience, all the feed backs I had got about my works have been excellent and phenomenal. One day, I got a client from Instagram – I hadn’t seen her before even till now. The woman commissioned me to do a portrait of her husband. She sent a high-resolution picture to me and sent the money into my account. She further instructed me to deliver the work to her husband’s office directly. As always, I took this commissioned work very seriously and I did it till I was deeply satisfied.

Then I took it over to his office to deliver at Ojoo.”

“When I got to the office, the man was busy. After I had waited for a while, the man’s secretary told me to hand over the portrait to her and she’d deliver it to the man but I refused, I stayed. I just wanted to give it directly to the man myself. Finally, the man came out of his office and saw me. I told him my mission and right there in the reception, he told me to unwrap it. He didn’t even usher me into his office. Proud of my work so I opened it and then he looked at it. His face didn’t change – not even a smile. Then he said ‘step outside into the open compound.’

He looked at it again and asked: ‘did you draw this?’ I answered. He asked if I could draw him in that moment, I said yes. I had my sketchpad with me and a pen but I don’t usually draw with pens. Since a pen was what I had, I deployed it straight away. The man got a chair and sat, his eyes trained on me. Under that pressure, I drew the man. Honestly it was intense pressure and the fear in my heart was overwhelming as I drew. When I was done, I had drawn the man perfectly. It was when he saw what I had drawn that he believed that I drew the portrait. He had a look on his face like ‘so what’s the big deal?’ He then picked up the commissioned work and said:

“I can see a lot of errors in this portrait.”

As an artist, you have to be able to defend your art so I told him, “sir, there are no errors.”

It was at this point that the man began to point out errors in the portrait to me. I had to admit that it was right. It was an unbelievable moment for me. He mentioned about three errors to me and he was right. I won’t lie to you, that day, I felt bad because he did not even say well done, no nice words to at least appreciate the effort. He said he was disappointed that his wife could commission an incompetent artist to do his portrait.

I shivered as he spoke. My top was wet as I sweated in the air-conditioned office. In the end, he told me to take the drawing back and correct the errors. That day, I got home and cried. I cried, ehn, I cried my eyes out. When I even wanted to make the adjustments I was scared I’d ruin something again. It was my first time of being run-down and so it broke me and I almost gave up. My mentor kept urging me to not back down – to get up and try again.

That day I regretted that I waited for him. I wished that I had listened to the receptionist and had dropped the portrait however, as time passed, I realized how much of a blessing to my art that experience was. That experience taught me to train my eyes well to observe my reference picture when I have a commissioned work. The man eventually became like a father to me. It was when the whole saga was over and we began to interact that I learned that his roommate while he was in the university was an artist and so he had been exposed to arts, art criticism and the likes.

It is interesting that you asked this question today because today is the man’s birthday!” 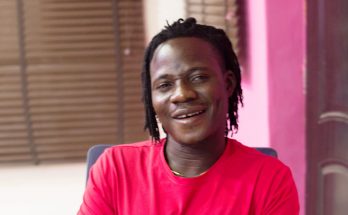 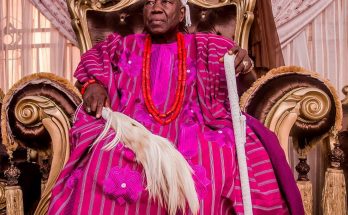 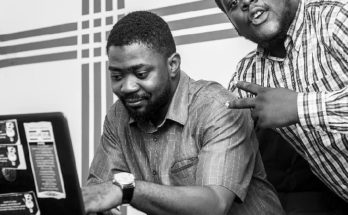